I’m sorry that I haven’t kept a regular schedule of putting up regular blog posts; full-time job gets in the way, and cakes are rushed out of the house that I find myself inclined to post them on my Facebook page by default.

But I had to blog about my first royal icing and piping class experience. It was fun, the atmosphere was heartwarming and conducive, and most of all, there was much to learn from this class.

Months ago, there were classes by Kelvin Chua of vinism sugar art, announced by Glorious Delights. I knew vinism sugarart for a while now as I started cake decorating – not only was Kelvin another talented Malaysian sugar artist, but his work with royal icing was so beautiful, it reminded me of the conventional way of cake decorating – lots of piping etc. I had minimal experience with piping royal icing, and my skills with piping buttercream was not up to scratch – hot hands does not help! So it was decided, I shall attend one of his classes. Upon looking at the classes, I was very keen with all of them. So keen, that I would have paid to go to all of his classes, but no. I held on tight to my wallet, my money, and most of all, my sanity. Each class looked very majestic and beautiful in its own way, that I found it extremely hard to choose as back then I didn’t know what techniques would be more suited to me.

I decided to go with the “Glory” class as I found the visual for the cake stunning and I was keen to learn the steps involved in creating this masterpiece. Finally the day came, and deep down I was nervous but excited to find out what I was gonna learn and meeting both Kelvin and Tutin. Tutin, the host for Kelvin’s class at Glorious Delights, greeted me with such warmth and kindness that you felt at ease instantly. Her little studio was such a cosy setup, next to her house. The studio was admittedly beautiful  – I was excited to feel what it would be if I had a studio away from the premises of a house where I can store all my cake decorating tools, without invading the entire household with it. Kelvin was a character – a great teacher without a doubt, but you could say his “vinisms” were laughable and humorous. He doesn’t care about sharp edges on a cake, he says – because he can’t achieve them himself. And he will tell you to speed up where necessary. And when he has demonstrated what we will be working on, he says “bye bye” as a gesture to head back and reproduce what he said. He fills the class with humour, and I couldn’t be happier being in the class with eight ladies who laughed and were more than happy to joke around with Kelvin. What made me happier was meeting Grace from Grace of Cakes – her face just lit up when Tutin told her I was the face behind Van Goh Cakes, and it is a comforting thing to know that people just says they love your work etc, bit of a confident boost methinks. 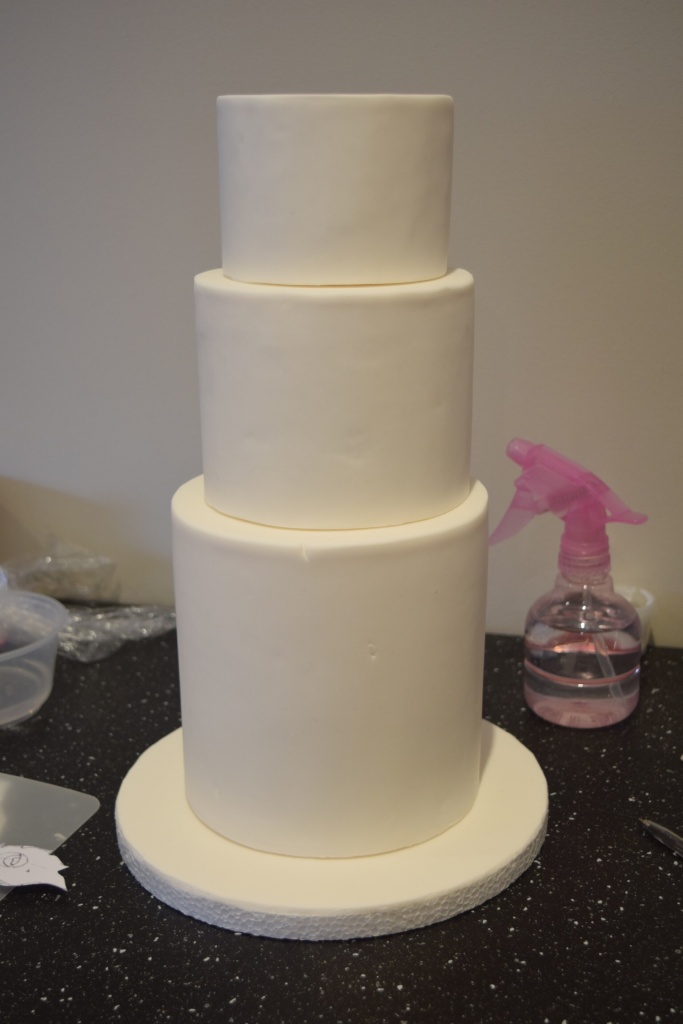 Learning one of the many techniques of piping – this was before the X-rated joke was thrown in haha! 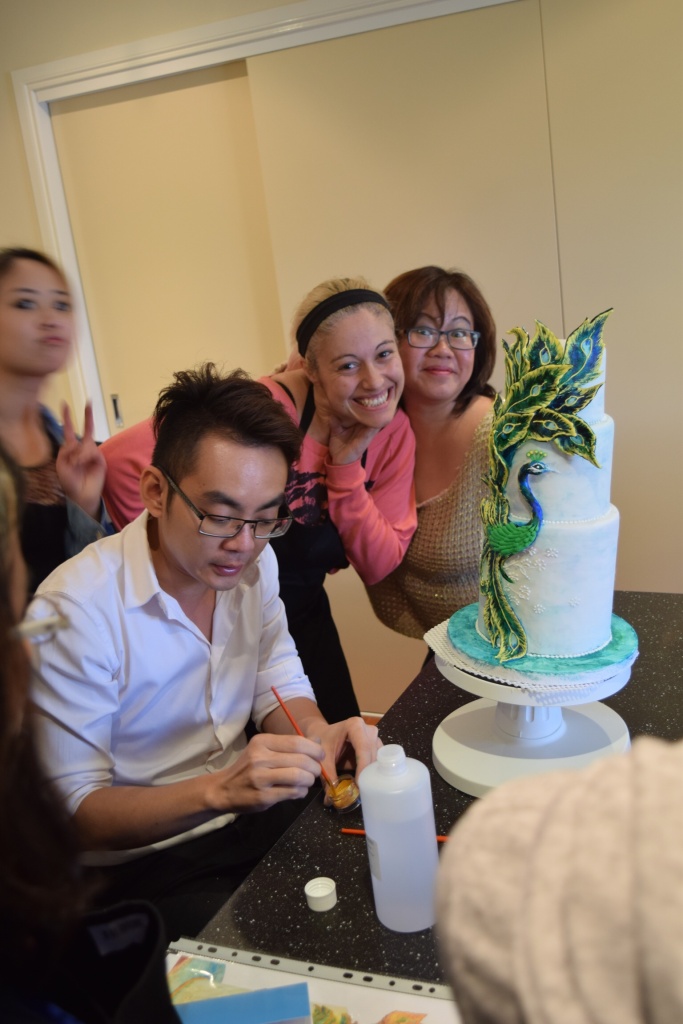 Kelvin working his magic on some of our pieces

I loved how the class was stretched out over two days, which gave us a chance to understand the techniques properly. And for once, I could experience what it’s like to leave a class on time! Piping with royal icing, I’ve learned, involves a lot of practice. It saddens me that not many cake decorators showcase this skill anymore, which to me is a fine handmade art and once mastered, you can adopt a style that suits you. I know I’m beginning to love the beauty it brings and I look forward to making a masterpiece of my own, creating my style and one day including it in my repertoire. 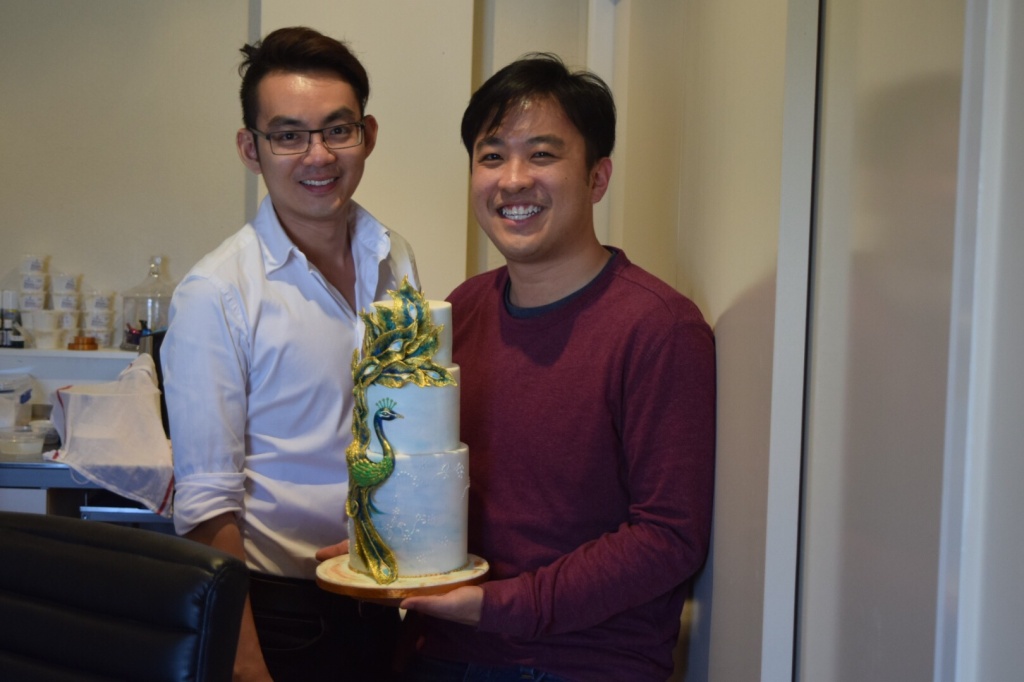 With the master! Thanks for a great class

All of us burst into laughter as Tutin was getting excited snapping with my camera. “Ooooo” she says. LOL

Some of them have been back for Kelvin’s class, year after year. I now know why, and I think I’m about to do the same thing. Gotta save up for his class now!