My name is Vincent, or more endearingly, Keng Seng (dare you to pronounce it properly 🙂 ). And I’m a self-professed class tart. That name was given to me last year as I breezed in and out of cake classes as I made that a 2014 new year’s resolution to enrich my skills in cake decorating. Some of you might think, why? Well, we keep learning until the day we die, so why not? It was money well spent, in my opinion.

But I knew there was a class not to be missed, especially when the class is by Handi Mulyana, from Handi’s Cakes. He was coming to Melbourne this year to spend time to show us how to make his Alice in Wonderland cake, and how could I refuse? 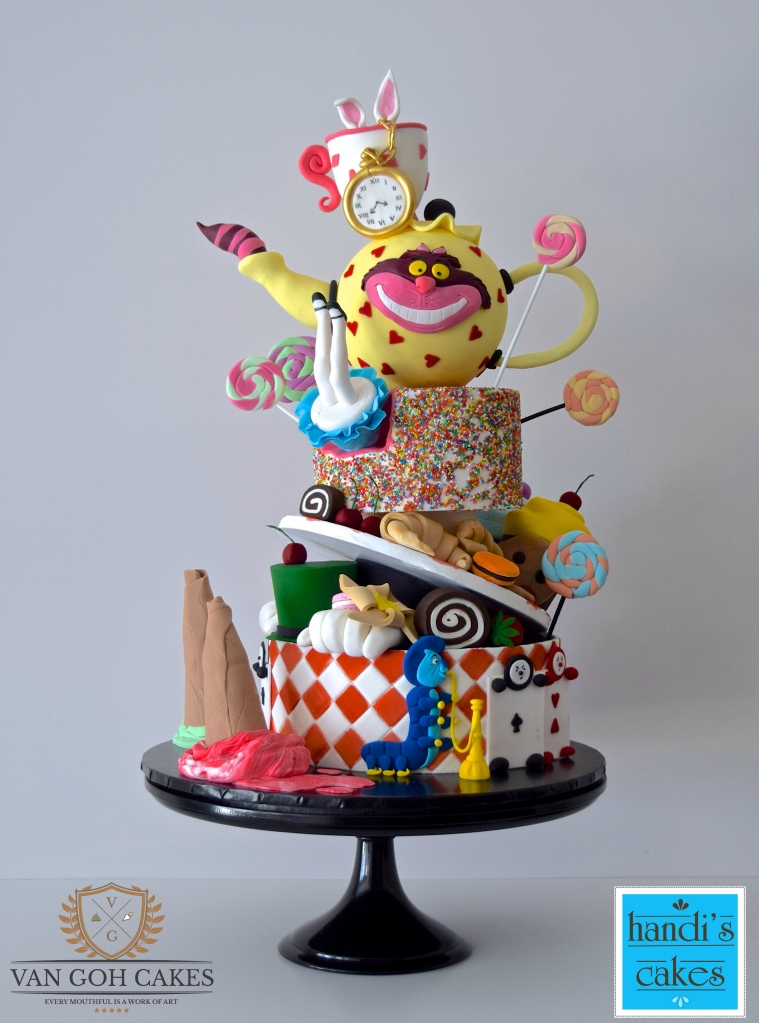 The class last weekend was such a wonderful and calming experience. Cake decorating for me is my zen, and I knew I was in my element as I learned from the master himself in those two days. After day one, you have so many learning outcomes that can be achieved from this class. It wasn’t just learning how to make such a jaw dropping, topsy turvy cake, but it involves basic cake decorating skills –  the wrap method, how to achieve sharp edges, how to have a stable internal structure for carrying cakes, how to cover a sphere, the list goes on. It felt like a good refresher course – most of the skills that I have acquired so far were online tutorials, but it felt good to have someone show you once again and to troubleshoot (which I did of course, make errors with my cake – Handi did say I will have to cover the cake again if it were him, ack!)

Absolom and the card soldiers! Love how vibrant Absolom actually looked, especially with his um, shisha? 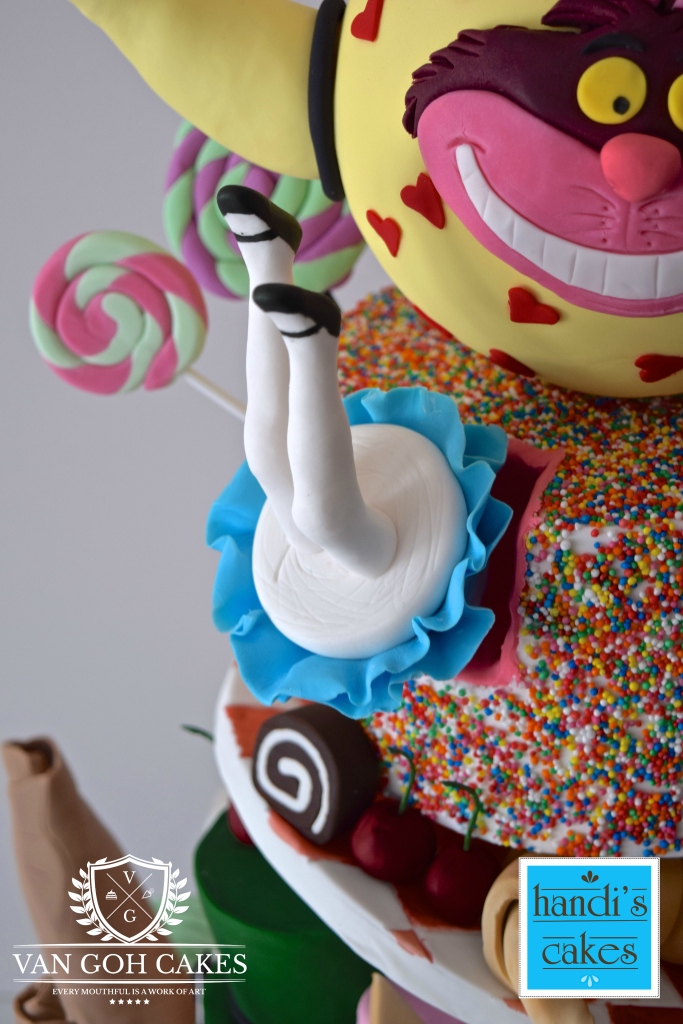 Alice falling into the cake! 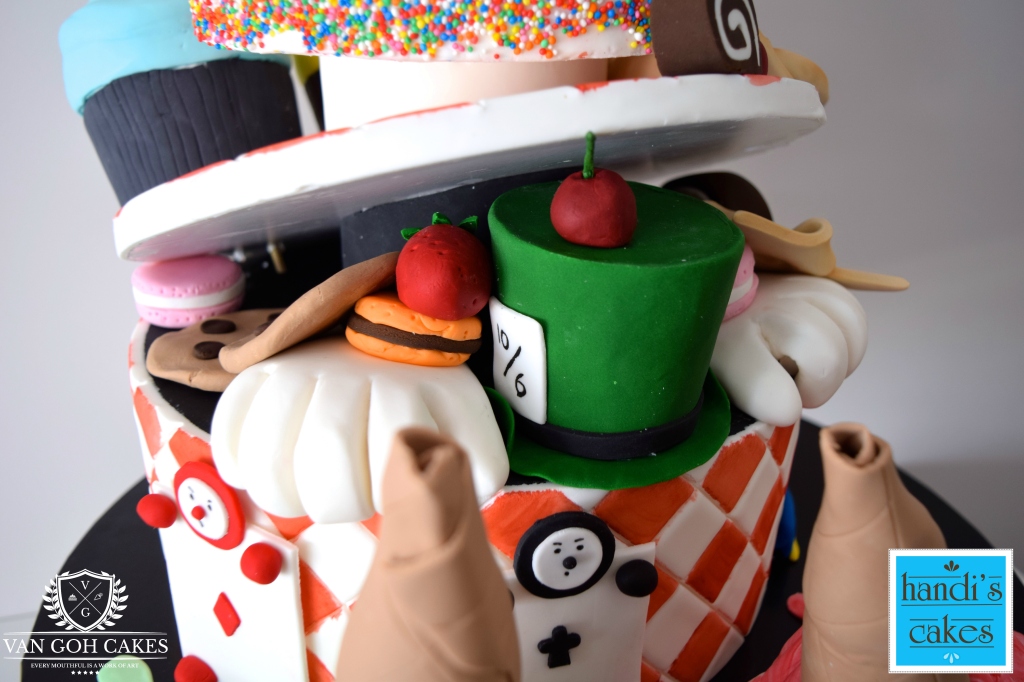 The mad hatter and his supersized gloves 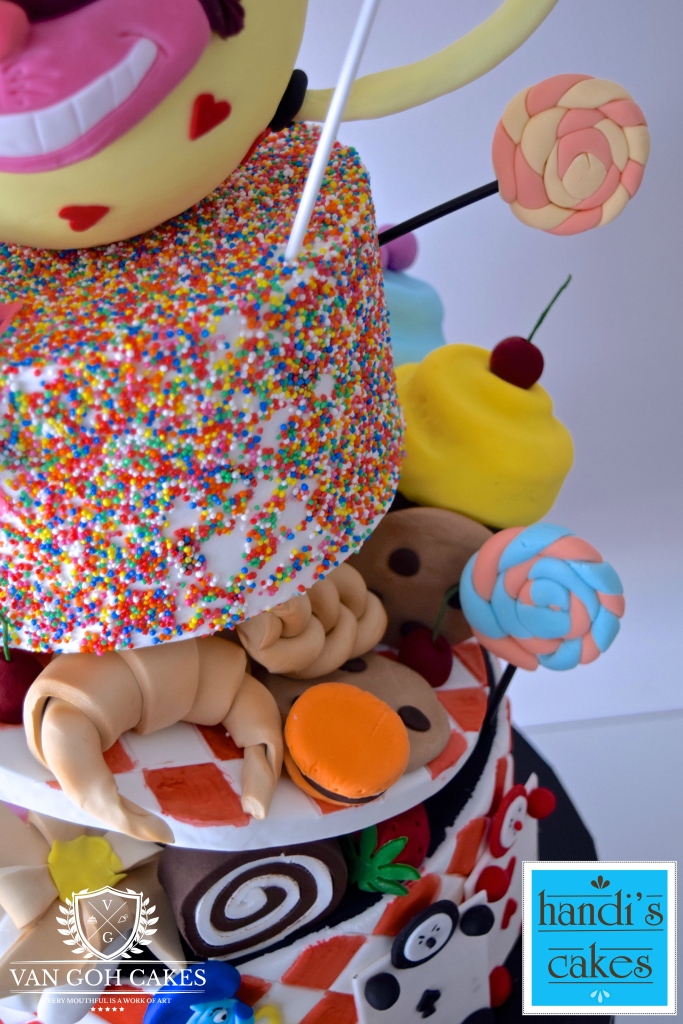 All the lovely sweet treats! 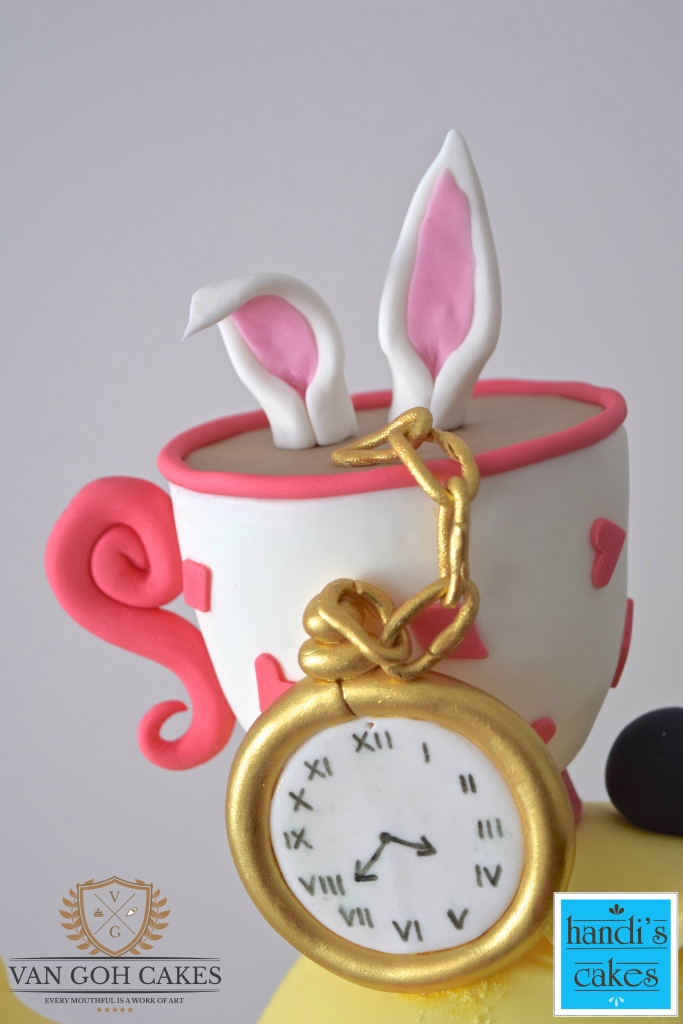 The clock that gave me grief the whole time during class – it wouldn’t stay put despite numerous attempts to keep it in place. It was in an awkward spot where the clock could not rest properly, which probably contributed to it. I came home and redid the clock and gave it a gold finish too. Looks much better!

We had such a blast on the first day, everyone at the class were focused and concentrating hard that we finished half an hour earlier than scheduled. We had so much on the second day however to complete that we went over by an hour and a half! I was exhausted after the second day, but to have learned so much in that two days was rewarding. Initially, I was nervous and a little shy to ask questions, but come day two, I just wanted to finish and so I kept asking stupid questions. I look back at the class and enjoyed every single moment of it. Big thanks goes to Sarah from The Cake Stop who has not only housed us all and was extremely patient and hospitable, but have gone above and beyond in making our class enjoyable. Oh and her mochas are awesome too! 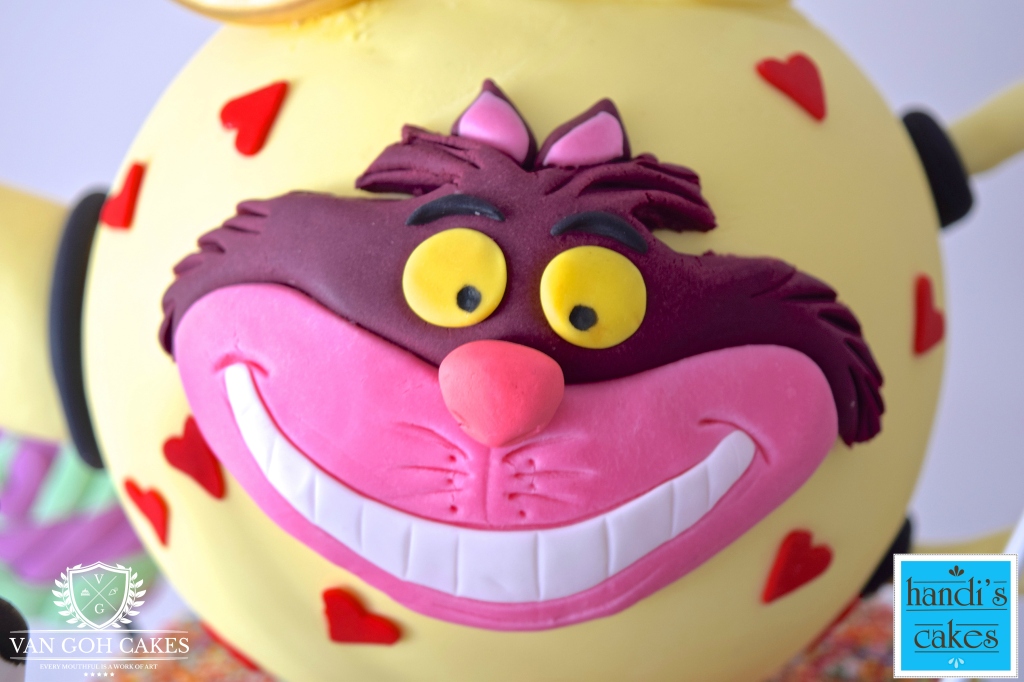 The Cheshire cat grin. I feared it would have been difficult, but turned out to be much easier than I would’ve imagined

Thank you so much Handi for a great class as always, and I know I’d love to have another class with you again! I’d highly suggest any of his classes to anyone at any skill level too, you will not be disappointed! 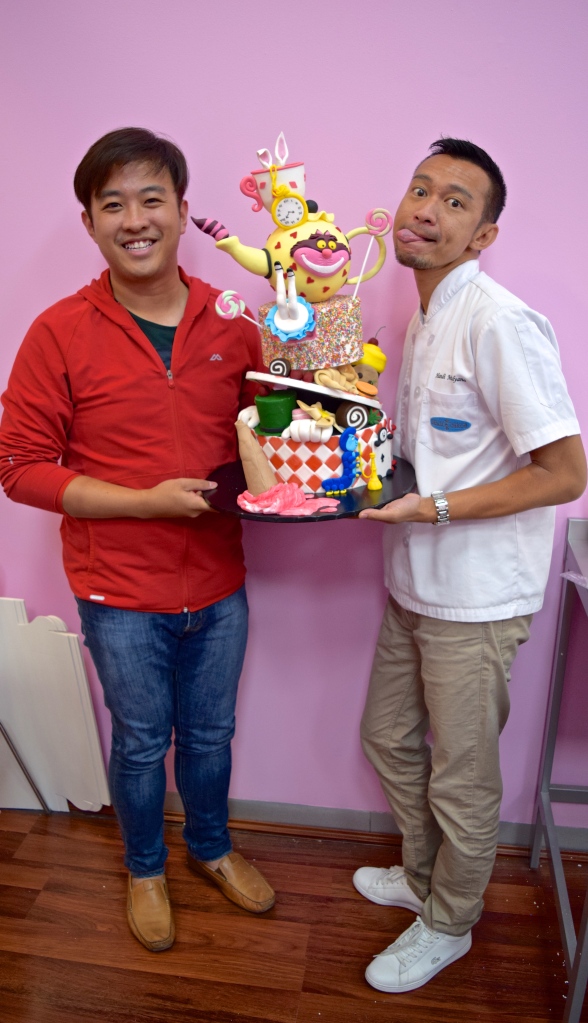 The obligatory photo with Handi, licking the lollipop 🙂